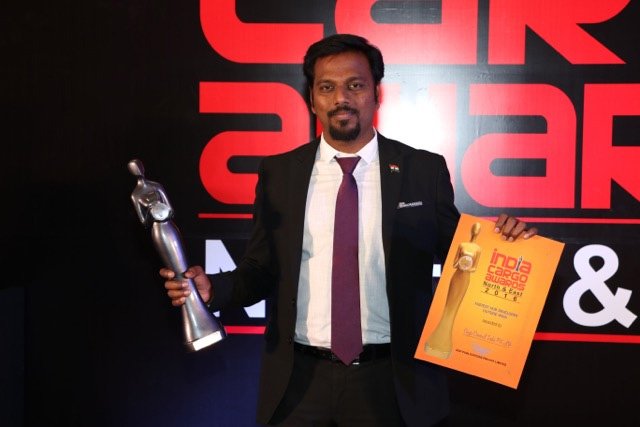 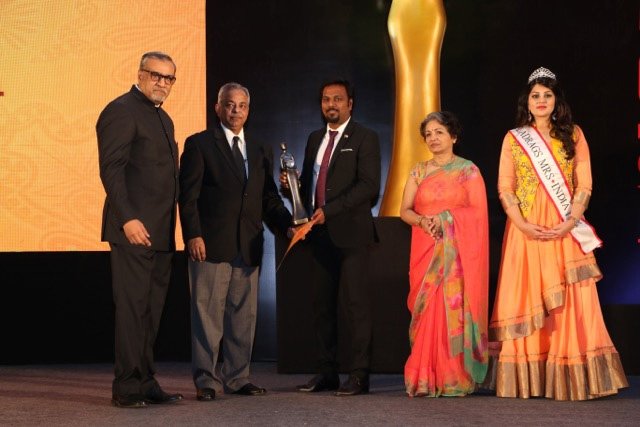 As a first of its kind award, India Cargo Awards honours deserving industry personalities and companies through a fair and unbiased selection process using online voting. India Cargo Awards are supported by the Government of India, Ministry of Civil Aviation and is acknowledged as one of the most esteemed awards in the Cargo industry of India.

It is a formal black tie ceremony that is graced by the who’s who of the cargo industry.Honoring all the stalwarts from different regions, the second edition of the India Cargo Awards was held in October 13, 2016 at the HYATT REGENCY, GURGAON.

At the awards in GURGAON, the ceremony was graced by Mr. Sandeep Singh , Director of DDP publications Pvt Ltd & Mrs. India 2016, along with leaders of the cargo industry.

CCL has been consistent on its own proliferation to an extensive level on yearly basis, speaking on the occasion, Mr. Nagaraj , MD, thanked all of their employees and customers and well wishers for their wonderful achievement.

It’s very glad and privilege to achieve this award, since CCL is the prime company has introduced Colombo as a HUB for consolidation rather than using Singapore & Port Kalng , which was the innovative thinking and initiative on the consolidation industry of so many years of journey, This pioneer strategy of CCL created a mile stone in the industry which is remarkable to mentioned and leads to continue to growth and vast developments in a short span of time.

India Cargo Awards supports, promotes and develops the Indian cargo and logistics industry by identifying and rewarding excellence, and inspiring its practitioners to continuously raise the standards of their products, and service offerings.

India Cargo Awards runs and governs a comprehensive programme across a range of awards developed to recognise the industry’s most vital sectors and product offerings. Awards are presented across four regions: South & East and West & North.